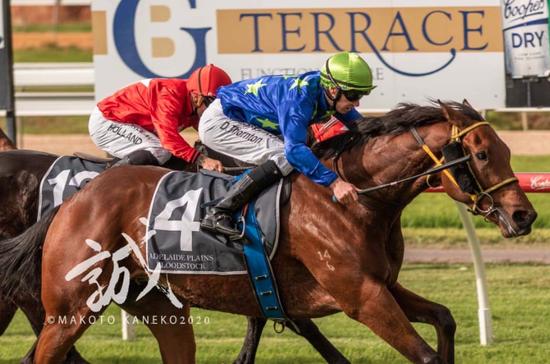 Ryan Balfour Racing produced another lightly race 3yo to break its maiden early in its career in what looks to be a burgeoning crop for the stable when Tully's Gold took out the SABOIS Maiden Plate over 1200m.

Tully's Gold races in the blue, green stars and cap of Vision Park Stud ( Mandy, Steve and Kasey Powell ) and has a rich history in South Australian Racing - the partnerships last runner was Infinity Queen who won 5 times, over $120,000 in stakes and hailed from the family of Sunlight ensuring she had a broodmare career.

"Dominic Tourneur had done a lot with the horse and was unavailable to take the reins due to suspension. He was one of the first to call and congratulate the stable on the win. With Victorian rider Damien Thornton, over here for the SA Autumn Carnival, we new he would be a great substitute and steered the gelding to a solid win.

"Tully's is a good strong size and we've been patient to ensure we got him to races when his mind and his body could cope. The jobs done for now and he we'll pop him away and see what he might measure up to"

"There's a really nice feeling about the win as Powell Family have been such genuine supporters of myself and the team and they are racing him with close friends which will make it all the more fun."

The stables last 50 runners has provided 6 wins and 17 placings which at 46% finishing top 3 has them set to make a winters run up the table. 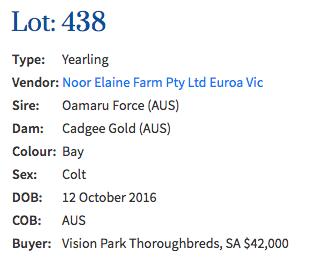