SAROA (owner of the month) 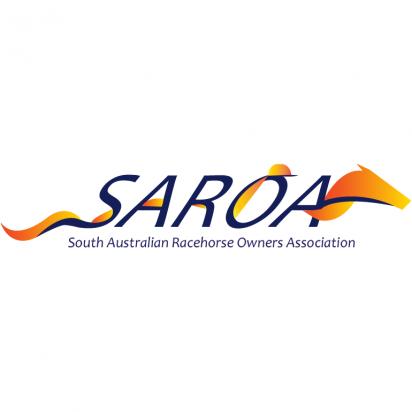 Owner of the Month January 2016

So our our winner for January is Bernadette Ward.

Bernadette has provided us with the following story about the involvement she and husband David have with racing and with Ilovewhatsebrings in particular:

Bernadette and her husband David co-own three other horses with Ryan Balfour Racing (RBR), namely El Prado Gold (7yr old Gelding) and Sweet Schilly (3 yr old Filly), and Typhoon Rose (1 win, but now retired), they are both owners who are dedicated to the RBR stables, visiting up to 3 times a week to spoil the horses with a pep talk from Bernadette and a treat of carrots, however, when asked who named this winning filly Ilovewhatsebrings, they are not sure but probably think Robyn Balfour.

Ilovewhatsebrings is a 4 year old Bay Filly from (Sebring – Crimson Sakura by Bite the Bullet), whom David Balfour selected, at one of the last sales prior to his passing. She has won 3 races and run second twice in her last six starts. Her full race record is 15 starts for 3 wins, 2 seconds and 2 thirds and prize money of over $79,000. Her two most recent efforts were a second on 9 January and then followed by a win at Morphettville on 16 January with both runs over 1600m. After her recent win Ryan mentioned, “She has matured and is looking for more distance, possibly 2000m, she is a promising horse that could possibly win a stakes race as she’s by Sebring.”

Bernadette and David would like to thank the late David Balfour and his wife Robyn for the best possible introduction to SA Racing and Ryan for his dedication to his horses and for his personalised service to his owners and for the great friendships the whole Balfour family have provided for us. We’ve become such a close knit group of horse owners that love thoroughbred racing, Bernadette said,” I was excited when Ilovehwhatsebrings won her first race because I could become an SAJC member”.

I am so blessed with a great selection of horses that David and Ryan Balfour have provided for us, as we’ve had many wins with our horses, and I owe my love of racing to David Balfour who funnily enough was a jockey my dad would mention when I was a kid, so when I met him as the trainer, “I was so rapt”.

We both want the best for RBR and Robyn’s Book Club who meet weekly to discuss racing and provide support to the “Tower of Knowledge – David Balfour’s wife”.

RBR have many promising horses in the stable and a great bunch of owners whom we wish all success in the future.

I also remember as soon as we owned our first racehorse El Prado Gold, David signed us up for membership with SAROA and it’s been a great social life and now we enjoy SAROA functions and as a committee member, I’m dedicated to helping others become responsible thoroughbred racehorse owners, whilst keeping them updated with any industry issues. I would like to thank my colleagues at SAROA and the SA Racing Industry for the best fun ever.

There really isn’t anything better than watching your horse win on a “Day at the Races”.

We really could not agree more with Bernadette’s final comments – “the joy of a winner is such a buzz. Let’s hope we can all experience it many more times”.