Rawiller off the mark in SA 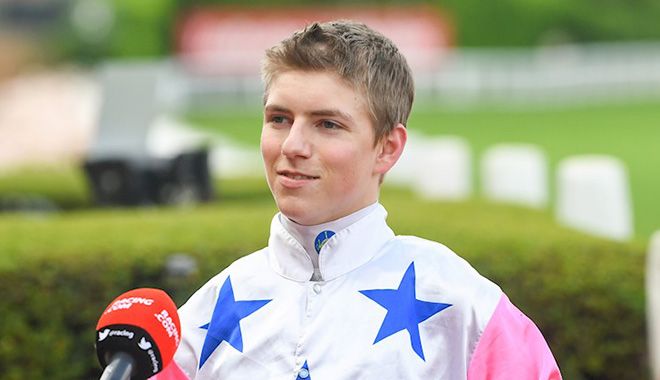 Written by Tim Yeatman at Racing.com

It didn’t take long for star apprentice Campbell Rawiller to announce himself on the South Australian stage after riding a winner in just his second race start since relocating to Adelaide.

Rawiller had planned to move to WA in search of greater opportunities but was forced to settle for SA due to COVID border restrictions.

The 20-year-old, who still claims 3kg in metropolitan races, rode the Ryan Balfour-trained Semyorka to victory in the opening event at Strathalbyn on Sunday.

“Big team effort and I’m just glad to be a part of it on top,” Rawiller said.

The young hoop was booked for three rides at Morphettville on Saturday, but two of his mounts were scratched, leaving Irish Playboy as his sole hope, the horse eventually running a close second.

Sunday’s win aboard Semyorka was number 127 in Rawiller’s relatively short career to date.

“It’s a good result, I probably got a little bit ambitious and went a little bit early yesterday, so Ryan (Balfour) had a little chat with me including a couple of other people, and I think it paid off then,” Rawiller said after winning at Strathalbyn.

“I’m here to give it my all whichever the result is, and ill be trying one hundred and ten percent every time I’m on board,” Rawiller said.

Ryan Balfour reached out to Rawiller after he was denied entry into WA about the prospect of continuing his career in South Australia and was full of praise for the young former Victorian apprentice.

“What a start – that’s great,” Balfour said of Rawiller post-race.

“It’s great to have his quality here as an option as well, today he doesn’t claim but he rides as good as a senior.

“He was able to carry a big green horse over the line.”