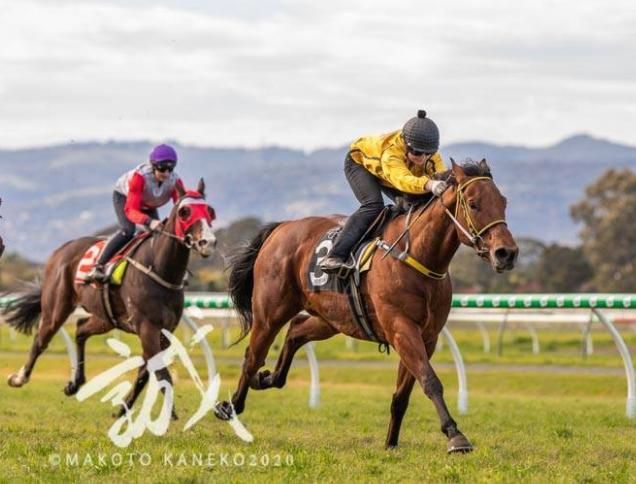 Tuesday the 30th June 2020 will go down as a special day on the calendar for Alana Livesey.

A deep love and passion for horses and a family background in thoroughbreds has no doubt had plenty to say for her joining Ryan Balfour Racing over 12 months months ago.

Alana grew up near Morphettville until the age of 5 when moving to the family property in Hay Valley.

The Livesey name is familiar to many in South Australian racing circles with Fenella Livesey, Alana’s mother, in the training ranks. Fenella traimed her first winner , Rose of Kala in 1994 and they went on to race a few from her as a broodmare. Sellers was another horse that brought success to the Livesey name which the history books showing a young Scott Leckey had success with early days as did Dom Tourneur, both integral parts of our the Ryan Balfour stable today.

Alana has worked hard to reach her goal including relocating to live closer to Morphettville to cut down on travel time with the workload that comes with racing.

Alana shared : ” It’s no lie racing is something I’ve always thought about, but it’s not something I wanted to do half hearted. I was working and competing for a few different show jumping riders before I put my foot down and came to down to RBR May last year. “

It is fitting that Alana shares: ” My great friend and regular morning co rider Yvonne Forrest suggested Ryan when I was looking at where to go and she put in a good word for me.”

Alana was recently approved by the TRSA Apprentice Master Briony Moore to approach the next phase of her apprenticeship which is the successful completion trials by the SA Apprentice Academy and TRSA Stewards. Once approved from this stage Alana will have the opportunity to take to the provincial races.

Ryan Balfour said: “Alana is a credit to herself and her family. Alana has put in the hard yards since joining or team from day one. Alana listens well and asks plenty of questions and has taken on the advice of those around her such as our foreman John Barns, Luke Pannell and our senior trackriders and jockeys.”

“It will be no surprise to myself , nor our team and supporters to see Alana make a success of her chosen career and we hope that we can provide her with many winners along the way”

Simon price- He is so cool, calm & collected