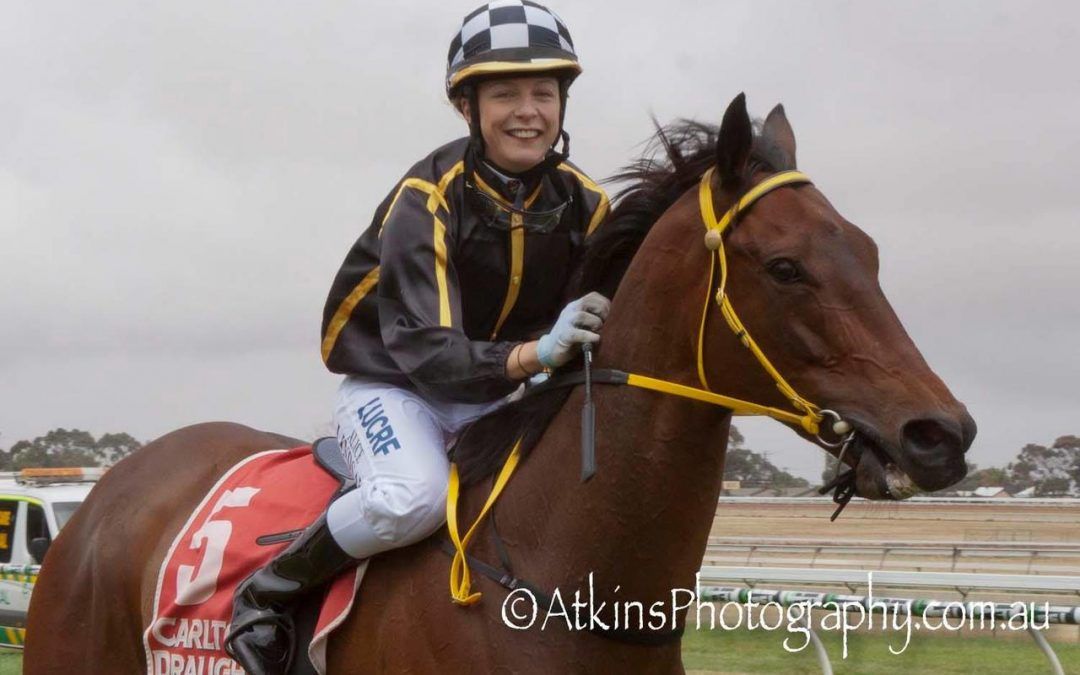 Congratulations to RBR apprentice Alice Lindsay, in only her third race ride she has broken her maiden. Alice aboard Infinity (Sugar) Queen gave the field a touch up in race 4 today at Murray Bridge, Sugar was taken to the lead on the jump and was never headed. Infinity Queen winning the race by 13 lengths and giving Alice her first ever win.

Race 5 seen Alice aboard stable favourite and front running Ogunde. Ogunde jumped well and assumed his customary leading role, at the 250m Ogunde was headed by Wise and Happy ridden by top jock Jason Holder, under pressure both jockey and horse didn’t give in and Ogunde pulled away for the victory. The win gave the RBR / Lindsay a race to race double.

Congratulations to all connections. 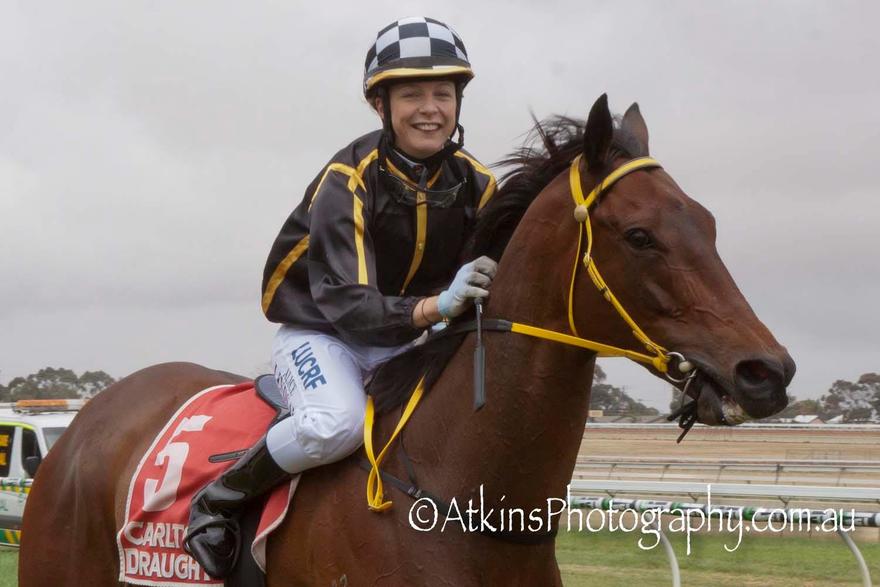 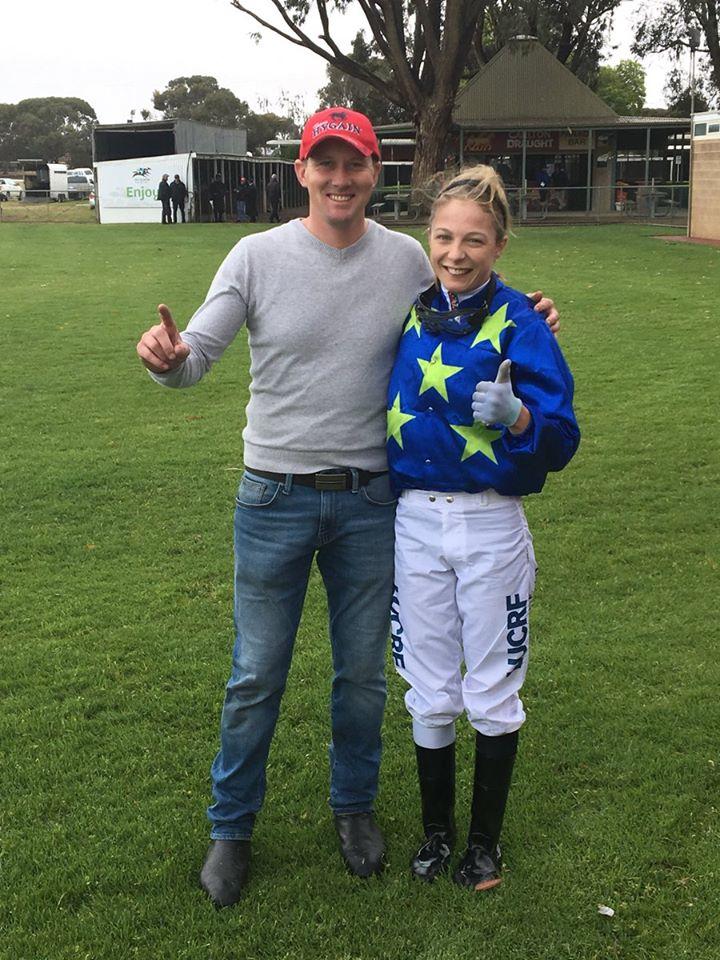